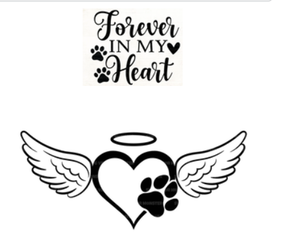 On the eve of what would have been his thirteenth birthday, the time finally seems right to sit down and try and write something in memory of my very best mate. But how does one write a tribute to a dog like Fletcher? I could go on for pages and pages, and even then, that would only scratch the surface.

I guess I can start by simply saying that Fletcher was my first trialling dog. When I discovered the world of dog sports, I figured that we would try a little bit of everything, and I would be guided by Fletcher as to what he liked best. But Fletcher liked everything the best, especially as it meant we were together. So we did everything, and through that, we developed a bond that cannot be described in words. While I may joke that he was a “working” Cavalier King Charles Spaniel, the reality was that he never worked, simply because when you love what you do then you never work a day in your life.

My drug was never the ribbons or the sashes or the Q cards. My drug was mind melding with my dog – something I think you can only understand if you’ve ever experienced it. The judge, the steward, anything else going on outside the ring would simply vanish. The world consisted of us, and only us. Finishing in the ring was like waking up from an intensely vivid dream.

When I was first diagnosed with PTSD in 2016 and experienced excruciating anxiety for many, many months, Fletcher was initially quite panicky, because he didn’t understand what I was projecting. But as time passed, he became my doctor, my psychologist, my therapist, my support network, and my rock in amidst the storms that were going on in my mind that I tried desperately to hide from the outside world (but was never going to be able to hide from my dog, who often knew what I was feeling before I knew what I was feeling). Instead of us feeding off each other, experience taught him to take the lead and say “it’s OK, Mummy - I’ve got this. Just you lean on me, and I’ll carry you through it.” Whether it was by giving off calming energy or just gluing himself to my lap, he would bring me back to myself.

He taught me so much. And I am a better person because of him.

Fletcher was never a dog that liked sitting on the sidelines or being left at home. Wherever we went, whatever we were doing, he wanted to be in the thick of things. Never as a tourist. He wanted to be the one out there with me, having a blast. Even when he was desperately unwell, he would come and stare at me, telling me that he wanted to “do stuff” together. We continued to do whatever his sick little body could cope with, right up until the end, because that’s what *he* wanted - even to the point where he would sometimes refuse to start eating his dinner unless he’d been allowed to perform some behaviours first.

While I feel that Fletcher’s time was cruelly and unfairly cut short, I wouldn’t change a second of the time I spent with him and would relive it all again in a heartbeat if I could.

Fletcher was a dog in a million. I feel utterly lost without my little mate, and I miss him desperately. My life simply will not be the same without him by my side. But I know he is still with me, and I see signs of that every day - whether it be in nature, in music, or in the light that shines in his great great great/great great nephew’s eyes as we explore life together and the way he snuggles up to me if I am feeling unwell … just like another little dog that I loved so much used to do.

When I started to put his tribute video together, I had no idea how I was going to string everything together. The song came first. Then the many, many photos that captured precious memories (and the knowledge that I was never going to be able to include them all). But when I finally sat down to work on it, I actually didn’t have to do very much at all. The video compiled itself. Every photo, every lyric, every note - it all just flowed to capture the essence of my precious little man, and the utmost joy that we shared together.

My greatest wish is that he departed for Rainbow Bridge knowing how much I loved him every single moment of his life.

Here is the link to the U tube video showcasing Fletcher.